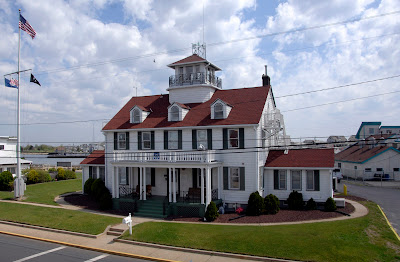 
With some of the most treacherous of New Jersey's coastal waterways, this central coast area suffered nearly 200 shipwrecks within a ten year period during the 1840s.


Today, the crews of Coast Guard Stations Manasquan and Shark River provide assistance to boaters who have trouble navigating the strong waves and shifting sands of the inlet, the inland waterways, and Shark River.


Coast Guard Station Manasquan Inlet/Shark River is manned by a crew of 30 full-time men and women, supported by Flotillas of the Coast Guard Auxiliary, and they respond to about 600 search and rescue cases a year. 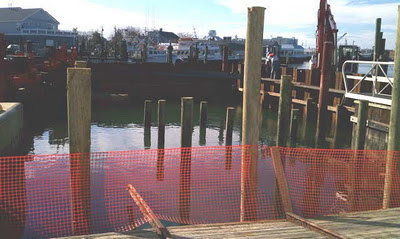 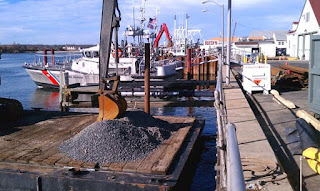 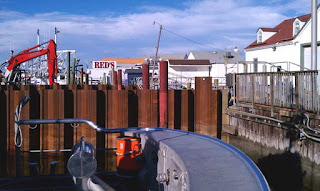 More recently known as Manasquan and located at Point Pleasant, New Jersey, this station is believed to have been built in 1856 as USLSS Station #9, Fourth District, on property conveyed in 1849, located "one mile southeast of Squan village." In the 1902 Annual Report is that statement that "under a contract entered into during the year, the old station which has become unsuitable for occupancy at Squan Beach is being replaced by a new structure."

In 1938, the Work Relief and Public Works Appropriation Act provided funds for a combination boathouse and garage, workshop, and launch way.

Established in 1902, the Squan Beach Life Saving Station is located about 1000 feet from the Atlantic Ocean in Manasquan. This Duluth-style facility served to house crews and equipment used to save victims of shipwrecks off the Manasquan area coast. In 1936 the station became part of the US Coast Guard and served as the Manasquan Coast Guard Station until 1996 when it was decommissioned and later sold July 26, 2000, to the borough for $1.00

In 1936, the U.S. Coast Guard built a new station, Coast Guard Station #105, on the south side of Manasquan Inlet in Point Pleasant Beach, New Jersey. This station replaced the Manasquan, Bay Head, Mantoloking, Chadwick Beach and Toms River Stations because of its ocean access and protected mooring facilities.

The only one of those early five stations that remains in service is at Manasquan, where the old station now serves as an Electronics Shop for Coast Guard Group Sandy Hook.

In approximately 1939, a boathouse was added in Point Pleasant Beach, and in 1976, an enlisted quarters. On the exterior, Station Manasquan Inlet has retained its 1936 appearance, but once inside one will find that it’s equipment has kept up with technological advances important to it’s primary missions of search and rescue and law enforcement. Additionally, remodeling projects have kept the living areas modern and comfortable for its inhabitants.


﻿
Coast Guard Station Manasquan Inlet is manned by a crew of 30 men and women, and they respond to about 600 search and rescue cases a year. The station’s missions are search and rescue, enforcement of laws and treaties, and enforcing recreational boating safety.

The station’s area of responsibility is from Spring Lake N.J. to Seaside Heights up to 48 miles offshore, and from the Manasquan River entrance to Toms River N.J. and all of Barnegat Bay in that area.

The Manasquan Inlet also is the Northern terminus of the Intracoastal Waterway which means that on any summer weekend as many as 1600 boats may pass through it. In addition, The Inlet is home to a fleet of commercial fishing and charter boats that bills itself as the "Fishing Capital of the World." 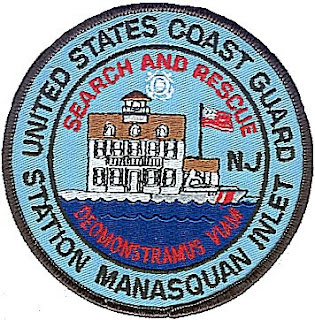 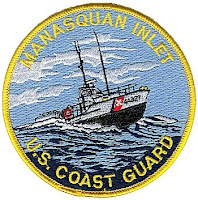 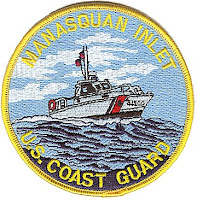 ﻿
﻿Flotilla 16-07, D5NR, USCG Auxiliary was established in 1958 and meets on the first and third Wednesday of each month at 1930 in the Sail Loft of USCG Station Manasquan Inlet, 61 Inlet Drive, Point Pleasant Beach, New Jersey. The Sail Loft is located across from the main Coast Guard Station building. Members of Flotilla 16-07 conduct Boating Safety Classes for the public, Free Vessel Safety Examinations of recreational vessels (VSCs), Maritime Observation Missions (MOM), Search and Rescue Missions (SAR), and Marine Dealer Visits (MDVs). Flotilla 16-07 Members receive advanced training through the Auxiliary Member Training Department so they can assist and augment the Coast Guard in all missions except direct military and direct law enforcement activities.

DRIVING DIRECTIONS FROM NEW YORK STATE AND NORTH
Take the Tappan Zee Bridge to the Garden State Parkway South.
Get off Garden State at Exit 98.
Follow the signs to Route 34 South.
At the first traffic circle go half around and continue on 34 South.
Continue on 34 to Route 35 South.
Take Route 35 South over the Manasquan Bridge, get in the left lane and follow the signs for The Beach and Broadway.
Take Broadway to the end at the beach and turn left follow to USCG Station Manasquan,

DRIVING DIRECTIONS FROM THE WEST

From the Trenton area, take Route 129/195 east toward the Shore Area
After approximately 39 miles, merge onto Route 34 south
Continue on Route 34 south until it becomes Route 35 south
Take Route 35 South over the Manasquan Bridge, get in the left lane and follow the signs for The Beach and Broadway.
Take Broadway to the end and turn left follow to USCG Station Manasquan
61 Inlet Drive, Point Pleasant Beach, NJ 08742-2642‎

DRIVING DIRECTIONS FROM THE SOUTH

On the west side of New Jersey take the New Jersey Tpk. to Exit 7A, Route 195 east
At this point, follow the directions from the West, above
On the east side of New Jersey take the
Garden State Pkwy north
to Exit 90 toward Brick
Merge on to Route 88 east
Take Route 88 east to Point Pleasant.
Turn left on to Richmond Ave., Route 35 north
Proceed on Route 35 north until Broadway, just before the Manasquan Bridge
Take Broadway to the end and turn left follow to USCG Station Manasquan
61 Inlet Drive, Point Pleasant Beach, NJ 08742-2642


We are pleased to have you aboard and believe you will find this assignment fulfilling both personally and professionally. Station Manasquan is located on the north end of Long Beach Island, approximately 50 driving miles north of Atlantic City. Group units along the coast from north to south include: Station Shark River,  Station Barnegat Light, Station Atlantic City, Station Cape May, ANT Cape May, USCGC Finback, USCGC Ibis and USCGC Mako.

You can expect to find Point Pleasant Beach and Avon by the Sea much like other summer resort areas. A little over an hour to an hour and half away from New York City, there are a wide variety of stores as well as two malls to meet your needs. The population in many of the towns in the area average between 15,000 and 40,000, depending on the season.

We welcome your comments on postings at all Coast Guard sites/journals. These are sponsored by the U.S. Coast Guard to provide a forum to talk about our work providing maritime safety, security and stewardship for the American people to secure the homeland, save lives and property, protect the environment, and promote economic prosperity.

The information provided is for public information only and is not a distress communication channel. People in an emergency and in need of Coast Guard assistance should use VHF-FM Channel 16 (156.8 MHz), dial 911, or call their nearest Coast Guard unit.

All comments submitted are moderated. The Coast Guard retains the discretion to determine which comments it will post and which it will not. We expect all contributors to be respectful. We will not post comments that contain personal attacks of any kind; refer to Coast Guard or other employees by name; contain offensive terms that target specific ethnic or racial groups, or contain vulgar language. We will also not post comments that are spam, are clearly off topic, or that promote services or products.

If you have specific questions regarding a U.S. Coast Guard program that involves details you do not wish to share publicly please contact the program point of contact listed at http://www.uscg.mil/global/mail/

The U.S. Coast Guard will not collect or retain Personally Identifiable Information unless you voluntarily provide it to us. To view the U.S. Coast Guard’s Privacy Policy, please visit: http://www.uscg.mil/global/disclaim.asp

Any links provided to a U.S. Coast Guard presence on other third party sites is for your reference only. The U.S. Coast Guard does not endorse any non-government websites, companies or applications.

Editorial content on this site is for informational purposes only and not authority for action. Views and opinions expressed do not necessarily reflect those of the Department of Homeland Security or the Coast Guard.